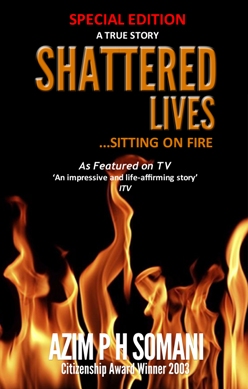 As Featured on TV
‘An impressive and life-affirming story’
ITV

‘I think they will be sitting like they are sitting on the fire, I will tell you this, you just wait after three months’
General Idi Amin Dada

When General Idi Amin announced on the 5th August 1972 that all Ugandan Asians had 90 days to leave Uganda, lives were shattered in moments. From a beautiful, tranquil country known as the Pearl of Africa, severe brutality, destruction, murder and turmoil reigned over a country brought to its knees by a warped man and his ideals.

Caught up in the devastation, one man tells his story of how lives were abandoned and thousands of people had no option but to flee…

‘For anyone who wonders if it’s worth remembering and reflecting on the past, this story is it’
MUMS IN MEDIA