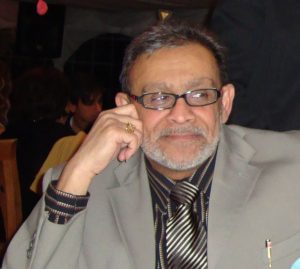 Azim Pyarali Hussein Somani (born 8 October 1955) is an author and founder of APHS Group. Somani arrived in the United Kingdom in October 1972 as a refugee following the expulsion of Ugandan Asians by Idi Amin. Somani has played a key part in several documentaries and news broadcasts documenting the journey of Ugandan Asians

Somani studied at Aga Khan Boarding School in Masaka, Uganda and led one of the family businesses Bahati Mines near Kisoro Uganda. In the UK, Somani served in the British Army and public service in South Manchester and Cheshire.

Since 1984, Somani has been involved in various businesses and studied English Literature, Cultural History and Imaginative Writing, Forensic Science and various other subjects. Somani has since written a number of published novels and has featured in various TV broadcasts.

News and Documentaries
Summary
Somani has participated in a number of Television Documentaries and News broadcasts about the journey of Ugandan Asians, their expulsion and their successes in the UK. These include BBC, ITV, Granada and ITV Wales.

To commemorate the 40th anniversary of the expulsion of Ugandan Asians by Idi Amin, ITV requested Somani feature in ITV Tonight Proud to be British.

ITV Wales -Returning to Tonfanau
Somani took on the role of head of the family at the age of 17 when his family came to the UK. ITV Wales followed him as his returned to the camp with his son Shamir.

Other Broadcasts
In addition to the above Somani has also featured on the below to share his story and experiences of the Expulsion of Ugandan Asians and their experiences in the UK:

Publications
Somani has written the following novels: Community
Somani supported the community through his work with Vale Royal Citizens Advice Bureau for a number of years and later becoming a trustee for the Citizens Advice Bureau. On the 8th of September 2003, Somani was awarded the Citizenship Award for services to community by Mr Gerard Houllier – the then Manager of Liverpool Football Club in company of Lord Alton and Professor Michael Brown. 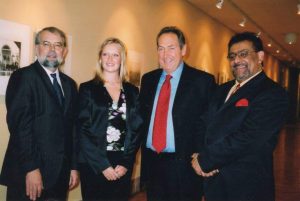 Businesses
Somani is the CEO of the following businesses