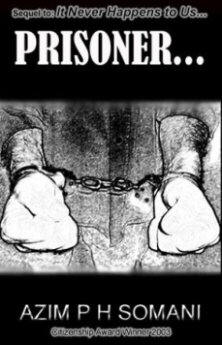 Prisoner is the sequel to It Never Happens To Us; Dan Rogers is now in prison paying for his crimes. Rogers was always a decent man who was pushed into the world of crime in order to support his family. But as human nature would have it, he got greedy and became a Don of the criminal underworld. Crime became his passion and his past time was breaking the law. In Prisoner, he realises his mistake and the heavy price he has paid.

The Novel prisoner is about his life, the dramatic emotions and feelings he faces in prison, and how he tries to break his ties with the criminal underworld.